DISCOVERING OUR ORIGINS: FROM QUARRATA TO GELLO

DISCOVERING OUR ORIGINS: FROM QUARRATA TO GELLO

ALWAYS IN THE KINGDOM OF FURNITURE

Our story began on April 8 1926, when the upholsterer Macario Mantellassi, together with his son Remo and his wife Elisa, founded the Mantellassi company in Quarrata (a small village of peasants who became artisans), specialized in the production of furniture. The company soon grew up, from generation to generation, passing on the experience and passion for the artisan tradition from father to son.

In 1947, just 14 years old, Carlo, Remo's son, joined the family business, who became the driving force of the company in the post-war period. At the premature death of his father, he gives further polish and impulse, investing in design, brand and technology and starting an era (1960s and 1970s) of expansion for the company.

A prominent figure in the local social landscape, he is dedicated to various entrepreneurial activities including the distribution of timber, the production of polyurethane foam, Real Estate and other highly successful ones.

In  1980, Carlo's son, Nicola Remo Mantellassi also joined the company and shortly thereafter, with his wife Roberta. Thus we arrive at the 1990s, when the foreign market, in particular the United States and the English one, was looking for suppliers of considerable dimensions, capable of satisfying their requests.

Those were times when these customers relied on dozens of stores each, and they couldn't afford to be late. Not only that, contemporary style was becoming very fashionable.

The Apulian district was one of the most developed, but Quarrata could be competitive and much more qualified. We therefore had to find a suitable location to put the legs to a project that would have employed 350/400 employees. So we opted to acquire the former Permaflex plants, to convert the workers, and to re-industrialize the now disused area together with our production partners.

Thus was born the District of Furniture of Gello, with Mantellassi as the main company and a supply chain made up of many minor but strategic realities. To date, there are 150 employees working in the Ex Permaflex area, a success resulting from the sole desire to do business in Pistoia and keep the link with our territory alive.

At the helm of the company together with Nicola and Roberta, the contribution of the children is increasingly important and decisive: the twins Marco and Giulio and the younger Carlo ... the fifth generation is coming! 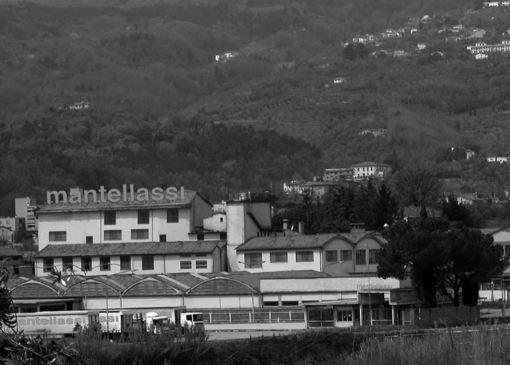 The functionality has been deactivated because it uses cookies (More info)

Activate cookies
X Informative - This site uses cookiesincluding third parties for Optimize the user experience while navigating and enable basic functionality; collect anonymous statistics; Profile the user to send him advertisements in line with his preferences.; offer additional features such as maps and social widgets
Click here to deny your consent. If you want to know more or deny consent to all or some cookies Click here.
If you do one of these things, you agree to the use of cookies: Click on button 'OK' on banner; Cliccare on button 'Activate cookies' inside blocks; Scrolling the window; Closing the banner.
OK